The Boy and the Wolf

Red Hot Riding Hood is an animated short film, directed by Tex Avery and released on May 8, 1943 by Metro-Goldwyn-Mayer. In 1994 it appeared in the seventh place of the list 50 Greatest Cartoons, realized thanks to the votes of several specialists in the animation field.

The wolf goes to visit the club where Little Red Riding Hood works, and at the moment of seeing it reacts savagely to the spectacle that the young woman realizes. When Caperucita finishes singing, the wolf takes it to its table, where it tries to conquer it. However, the young woman tells him that he should go and visit his grandmother. The wolf manages to reach Grandmother's apartment before Caperucita, but instead of following the logic of the original story, it is the old woman who chases the wolf, harassing him so he does not leave.

After falling through the apartment window, the wolf returns to the nightclub. Tired of women, he promised that he would kill himself before he wanted another. Immediately, Little Red Riding Hood appears and the wolf keeps his promise. However, his spirit stays in the nightclub and reacts in a similar way to what he had originally done. 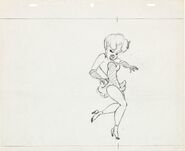 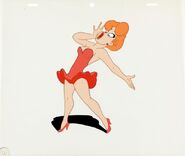 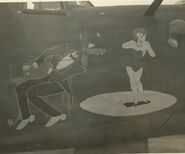 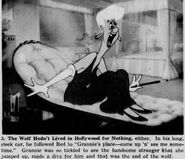 Retrieved from "https://metro-goldwyn-mayer-cartoons.fandom.com/wiki/Red_Hot_Riding_Hood?oldid=5648"
Community content is available under CC-BY-SA unless otherwise noted.